Free and open to the public

Free and open to the public Recognized as a pioneer of special effects photography predating digital
imaging, Ryszard Horowitz will talk about problems photographers face
when working in the digital environment. In his own analog photography,
he has explored various kinds of in-camera and darkroom techniques that
helped him to understand the complexity and wonders of computer
technology. In order to transcend the commonly accepted use of digital
technology to borrow, crop, retouch and assemble, Horowitz likes to seek
and discover some of the unique qualities computer imaging has to offer.
He searches for the impossible and improbable, stretching the new media
to its limits. Matter becomes liquid, perspectives are inverted, gravity
is canceled, scale means nothing… but he has never allowed technology to
control and conquer his imagination. Since Horowitz considers himself to
be foremost a photographer or photo-composer, all of his images even
when enhanced retain their photographic texture rather than synthetic
looks. 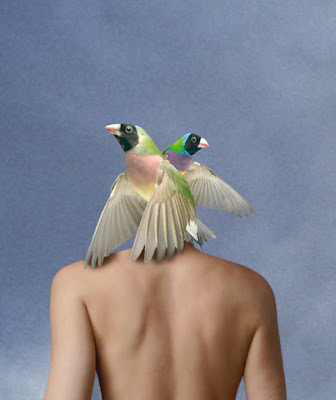 Ryszard Horowitz, born in 1939 in Krakow, Poland, is one of the youngest
known survivors of Auschwitz. He studied art at a time when Krakow was
becoming a booming center for artistic exploration. Interested in
avant-garde jazz, Horowitz photographed the contemporary stars of the
jazz scene (like Dave Brubeck visiting Krakow in 1958). In 1959, he
immigrated to the United States and enrolled at New York’s Pratt
Institute. While still a student, he became an apprentice to Alexey
Brodovitch, one of the most influential figures in the world of
editorial design and photography at the time. In 1967, Horowitz opened
his own photography studio. In the ensuing four decades his works has
been exhibited, published and collected around the globe and he has been
awarded every major accolade that can be bestowed on a photographer.

Events sponsored and organized by UW Polish Studies Endowment Committee;
this lecture is a part of the Distinguished Polish Speakers Series

Photo album from the event

Click on the image on the left to view the album