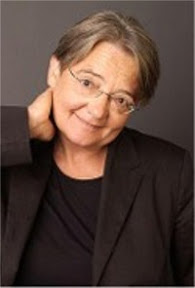 Agnieszka Holland (b.1948 in Warsaw) ranks as one of Poland’s
most prominent filmmakers and contributors to the Polish New
Wave cinema. Following her graduation from the Prague Film School in
1971, Holland served as Krzysztof Zanussi’s assistant
director during his filming of Iluminacja. She also worked with
Andrzej Wajda who served as her mentor, and the two
collaborated on a number of scripts. Soon, she moved on to work
independently as a director of stage plays and TV movies, later
drawing upon her theatrical experience to create her 1978 feature
Provincial Actors. The film won the FIPRESCI prize at
the 1980 Cannes Film Festival.

Just before Poland declared martial law in December 1981, Holland
moved to Paris. Her 1985 feature film Angry Harvest
was nominated for an Academy award for Best Foreign Language Film.
Six years later, in 1991, Holland earned a Golden Globe, for
Europa, Europa. Holland followed it up with Olivier,
Olivier (1992), which was not as well received. Her
beautifully photographed version of The Secret Garden (1993),
one of the director’s numerous Hollywood productions, was
very well received by the public as well as by the critics, as was
her 1997 adaptation of Washington Square. The most
recent films by Agnieszka Holland are The Third Miracle
(1999), Julie Walking Home (2002), and A Little
Princess (2003).

In addition to directing, Holland occasionally works on
screenplays. Some of her most notable work has been on Wajda’s
Danton (1982), Zanussi’s Without Anesthesia, and
Krzysztof Kieslowski’s Blue (Three Colors Trilogy, 1993).