A Night at the Opera with Aleksandra Kurzak

After fabulous successes at the most prestigious opera houses, the
Metropolitan Opera and the Royal Opera House-Covent Garden, the Polish
soprano, Aleksandra Kurzak will bring her ”luminous, impressively
focused voice and winsome sweetness” (New York Times) to Seattle Opera.
She will perform the leading role in Gaetano Donizetti’s most popular
work, Lucia di Lammermoor. Miss Kurzak will portray a lovesick
noblewoman who is driven to madness and murder by her wicked brother
(this role was famously performed at the Met by the Seattle favorite,
Mariusz Kwiecien). 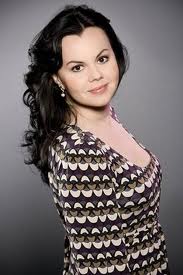 In 2010 Aleksandra Kurzak (soprano) recorded with Mariusz Kwiecien
(baritone) a set of 19 songs of Frederic Chopin.

The UW Polish Studies Endowment Committee invites you to the Seattle
Opera on October 16, 2010. A reception at a private residence the
following day will provide an opportunity to meet Miss Kurzak in person.
Your $100 donation will include an opera ticket and the reception with
the artist. To make reservations please contact Ewa
Poraj-Kuczewska or call 206.362.3829 by September 30, 2010.